As a book blogger, you’ll always have a soft spot for certain publishers – you could be rushed off your feet with a certain bookish month fast approaching, knee deep in other reads and posts BUT you will always still let yourself get sweet – talked onto a tour. This was me and here I am, after having my arm twisted by Panther Publishing’s James, although he was very accommodating. Anyways, here I am ready to spread some bookish love for another J.S Strange written masterpiece, the second Jordan Jenner series instalment, The Art of Murder.

J.S. Strange is an author from Wales, United Kingdom. He writes crime, mystery and 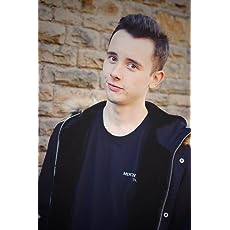 horror. His first novels, published in 2016 and 2017, were set in an apocalyptic London. His up-coming novel, titled Murder on the Rocks, is the first in a cosy crime mystery series, featuring a leading gay male detective. Murder on the Rocks was written by Strange for many reasons. One of those reasons was a lack of representation within the crime genre, particularly with detectives and sleuths. Strange created Jordan Jenner, a private investigator, who lives and works in Cardiff. Murder on the Rocks was written with the intention of shining light on Cardiff, and bringing Cardiff, and furthermore, Wales, into the crime genre. Strange’s previous works, such as ‘Winter Smith: London Burning’, also explored LGBT themes, and featured socialite Winter Smith escaping a zombie apocalypse. ‘London’s Burning’ became an Amazon best-seller in LGBT fiction.
Jack can be reached on Twitter: @JackSamStrange

Let us rewind a little, I was introduced to the world Jordan Jenner with J.S Strange’s first cosy Welsh mystery, Murder on the Rocks. You can read my review here.

When PI Jordan Jenner returns to work following the death of his mother, his first case involves a murdered writer… 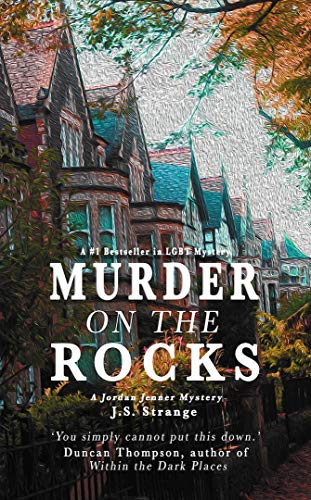 James Fairview has been killed. As a member of a prestigious writing group hosted by bestselling author Joseph Gordon in the heart of Cardiff, Jordan not only has to cope with solving the mystery, but also deal with press attention.

As Jordan investigates, he discovers his mother’s death may not have been so simple. And when another writer is murdered, Jordan realises the killer could strike again…

A murdered writer, a mysterious death, and a group with jealousy at its heart, this is Jenner’s toughest case yet.

A cosy murder mystery with a gay male detective, Murder on the Rocks is the first in the Jordan Jenner Mysteries series. If you’re a fan of classic whodunits you will love this!

The second of the Jordan Jenner mysteries is due to be published on the 1st of October in e-book format. You can pre-order The Art of Murder here!

A murdered artist. A threatening group. A brother with a secret. 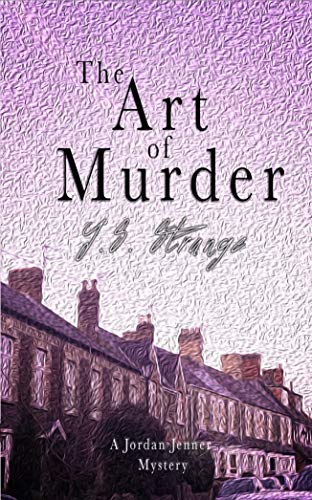 Artist Xander Draper needs help. Members of The Dirty Dolly gang are threatening him, and PI Jordan Jenner is hired to find out who the members of this elusive group are.

But when Xander is killed, his body displayed as a final exhibit, Jordan realises the extent of the trouble Xander was in. Now, there are people following Jordan. They know his name, and they want revenge.

Time is running out to solve the murder of this famous artist, and find the members in the elusive Dolly gang. And with the return of Ashley Jenner, Jordan’s brother, Jordan begins to fear his brother may be responsible.

Jack, as an author has suggested in the acknowledgements of The Art of Murder that writing is a learning curve for him, as a reader who has read his first Jordan Jenner instalment and now this second one – you can definitely feel the developing skills of JS Strange. I loved Murder on the Rocks but I love The Art of Murder even more! Let me tell you the main reason why; not only did the pace and level of danger increase in this cosy welsh murder mystery, but the humanity of the main protagonist Jordan Jenner was developed – he became more vulnerable, with depth and he wasn’t just a private investigator, he was a family type of guy who is alone at the heart of it, earning for someone to love and be loved by. He’s a welsh sweetheart and he absolutely made the book for me. I also love that JS has set the series in South Wales, the area I live, it helps visualise the settings and put myself there.

I binged The Art of Murder, I know it’s over said, but it was completely and utterly unputdownable. As the warmth of Summer dissipates to Autumn, this was the exact kind of mystery read that I needed. JS Strange has the talent to pen a fiction based murder mystery that have the potential to become classics, with a contemporary Sherlock character. I admire the detail to which JS Strange has delved into building upon the foundations that we first saw in book 1, not only are the characterizations at a deeper level, but the plotline has more complexed ‘between the line’ details and suspense (imagine speeding down a motorway then having to take a sharp left!) that will leave you hooked with your head and your heart. The only things that I wish I had to accompany this book included a hot chocolate, a roaring fire and a heavy knitted blanket; that is how atmospheric and cosy the whole read was. Argh, I need the need instalment of the series now!

The theme of this novel was obviously the art world, conflict that with a warped vigilante type gang and you have a mystery with conspiracy, crime and looking over the shoulder revelations, with various doses of mind fireworks. AND Oscar the cat makes more appearances, as a cat mum myself, I just loved seeing how he softened the crime fighting JJ up. The writing itself had me in a state of panic, adrenaline of the alluring possibility of JJ being stalked – this element was entwined within a storyline that came across as quite poetically penned at times, certainly with a creatively poignant style. I always find that JS Strange writes with such passion and attentive detail of a very ‘cat and mouse’ feeling read that you can’t help but feel entirely bewitched.