Aidan Poole logs onto his laptop late at night to Skype his girlfriend, Zoe. But to his horror, he realises she is not alone.
Completely helpless, all he can do is listen to the sounds of a violent struggle.
And then a chilling silence.
He’s desperate to find out if she is OK. But then why is he so hesitant to call the police?
When his messages finally reach them, DCI Jonah Sheens and his team take the case.
And discover the body. . .

Good day good readers, welcome to my stop on the Watching From The Dark by Gyntha Lodge blog tour, I get to close this fantastic tour and i’m so excited. This thriller was published by Penguin on the 6th of February. It is now available in audible, e-book and paperback format here.

Gytha Lodge is a writer and multi-award-winning playwright who lives in Cambridge. 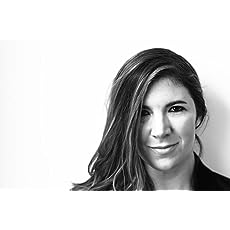 After studying creative writing at UEA, she was shortlisted for the Yeovil Literary Prize and the Arts’ Council England fiction awards, and developed a large online following for her young adult and children’s writing, with over five million reads accrued on platform Wattpad. She Lies in Wait is her debut novel.

I have been lucky enough today to have the opportunity to share an extract of the second in the DCI Sheens series. Check it out:

‘We’ve had an unauthenticated murder claim passed on by the crime desk,’ Heerden said, next. ‘I’ve given you a transcript,’ she added to Jonah, ‘but I think it’s unlikely to come to anything so we’re happy to take it. The caller claims that his girlfriend was murdered while he was talking to her on Skype, but that he didn’t see the killer. He hung up when asked for his name and details. Crime desk tried to look her up, and found no trace of a woman with that name anywhere online.’
Jonah skimmed over the transcript, noting that the girl’s name was Zoe Swardedeen.
I need to – My girlfriend’s been murdered . . . he read.

By mid- afternoon Jonah had finished his report on the blackmailing case, and found his mind wandering back to that morning’s briefing. He was curious to know whether Heerden’s team had uncovered the truth about the singular murder report.

He found the case on the database, and read that a constable from Heerden’s team had made some efforts to identify the possible victim. They’d found no Zoe Swardedeen anywhere in the UK, however, and there had been no reports of a missing person that day. The constable had suggested closing the case.
Jonah gave a small, dissatisfied sigh, wondering why the constable hadn’t tried other spellings, and also wondering why he cared so much.
Please help her. She might still be alive . . .
He found himself imagining the desperate tone of voice, and decided he’d like to listen to the original recording.
It was only a minute long.
It was easy enough to open up the file and play it. The call handler’s voice boomed out, and he hastily turned the volume down. And equally hastily turned it up again when the caller began to speak. He was all but whispering.
Jonah felt a gradual rising of goosebumps along his neck and arms as he listened. He’d heard calls like this before, usually as evidence in courtrooms. The attempt to be quiet and the electric fear through the voice were like a domestic abuse victim hiding from a partner.
It jarred, hearing it from someone who had apparently only seen something through a webcam.
‘I was online with her. I couldn’t see what happened, but I heard it. And someone entered her flat . . .’
The call ended a short while after he was asked for his name. Jonah listened to the muffled noises that came before the line was cut off, and then sat, staring at his
computer screen.
He was still in that position when a new file appeared on the database with a cheerful chirrup. A crime report filed that morning through the online system, which the crime desk had decided might belong to the same case.
Jonah opened it quickly and read what was a very similar report. This time the girl’s name was written as Zoe Swardadine.
He typed the new spelling into Google, and this time found image after image of a young woman with deep brown skin and dark curly hair, and when he clicked on one of them it took him to what seemed to be her website. It was
a simple WordPress page about a Southampton- based artist who painted stylized figures on ominous backgrounds. There was a phone number low down on the page, which seemed a little trusting to him. But perhaps not many people stumbled across Zoe’s site.
He used the landline to call her. It rang eight times, and then a standard answerphone told him that the caller was busy, and asked him to leave a message.
He left numbers for the station and for his mobile in a light tone, and asked her to call back, and then he hung up, feeling an increasing sense of urgency.

So there you have it, has it tickled your reading pickle, this second instalment of the DCI Sheens series should be read immediately after the first – She Lies in Wait, you won’t be disappointed, Thanks again to Penguin for the blog tour spot! If you’ve missed any posts then make sure to search them using the hashtag #WatchingFromTheDark.

1 thought on “Blog Tour: Watching From The Dark by Gytha Lodge @PenguinUKBooks #Extract”