When I started my book blogging journey, I reached out to an indie author who was also a co-founder of Obliterati Press – he was looking for bloggers to review his newest short story collection Everything Falls Apart. Nathan O’Hagan was the first publisher / author to have faith in me and since then I have reviewed Purge and Justice Is Served by M.W. Leeming, another head honcho of this indie press.

Obliterati Press came about when novelists Wayne Leeming and Nathan O’Hagan, stablemates with Leeds-based punk publishers Armley Press, realised they had a shared dream of starting their own indie press. A year on from that first casual chat over a huge garlic Naan bread, they decided to stop dreaming and make it happen. They each share a passion for the kind of edgy work that mainstream publishers may overlook and want to provide a place where good writers can be showcased.

Back in June, both Obliterati Press and Paul emailed me concerning a possible review of Owen’s debut novel The Weighing of the Heart – published in March 2019. I said yes, but as usual life gets in the way and I found myself snowed under with blog tours and reviews etc. Paul patiently got back in touch Friday with a gentle nudge. Well 6pm Friday night I snuggled down with my kindle and his book, I finished it 11am Saturday morning. It’s that type of read folks!
A bit ’bout the author:

Paul Tudor Owen was born in Manchester in 1978, and was educated at the University of 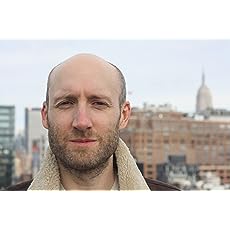 Sheffield, the University of Pittsburgh, and the London School of Economics. He began his career as a local newspaper reporter in north-west London, and currently works at the Guardian, where he spent three years as deputy head of US news at the paper’s New York office.

This year The Weighing of the Heart was on the list for the Not the Booker Prize 2019 and has been nominated for the People’s Book Prize 2019.

You can grab a copy of Paul’s book from Amazon in either e-book or paperback format here. You can also check out the other books that Obliterati Press has to offer on their website: https://www.obliteratipress.com/books.html 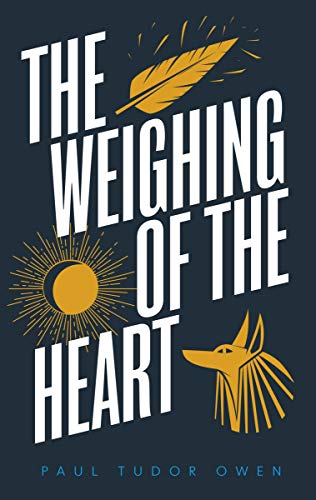 Following a sudden break-up, Englishman in New York Nick Braeburn takes a room with the elderly Peacock sisters in their lavish Upper East Side apartment, and finds himself increasingly drawn to the priceless piece of Egyptian art on their study wall – and to Lydia, the beautiful Portuguese artist who lives across the roof garden.

But as Nick draws Lydia into a crime he hopes will bring them together, they both begin to unravel, and each find that the other is not quite who they seem.

The Weighing of the Heart is an original concept type read that entwines the world of art and ancient Egyptian mythology with aspects of a mysterious love story. I have always had an interest in Egyptian mythology (I have the Eye of Horus tattooed on the back of my neck) but one thing that peaked my attention was how Paul took Ancient death rituals beliefs and sewed it perfectly into the plotline – he has done so with such ease, that really makes the storyline flow.

The novel is written in first person, from Nick Braeburn’s perspective – he’s a regular guy who having just experienced heartbreak after a relationship breakdown, finds love again where he least expected it. The character worked for me, he just fitted! As it says in the blurb, Nick becomes increasingly drawn to a piece of art called…. Yes you guessed it ‘The Weighing of The Heart’, this is where all good inhibitions are thrown to the wind and greed completely takes over. From the point the crime in question is committed and the adrenaline settles, the feel of the book becomes very Tell Tale Heart-esque, with Nick’s paranoia reaching visually hallucinating levels. I loved the way Paul had written the character’s guilt, feelings about the criminal activity and all that goes with it, especially the way connected the afterlife beliefs and the Egyptian God Ammut etc. into the novel (You can read the background information here)

I found The Weighing of the Heart to be really well written with chapters that I couldn’t help binge on – I read it in less that 24 hours people! Within Nick’s dialogues there are many layers of poetic charm, that just sparkle for me. What is obvious is the extent to which Paul has researched Ancient Egyptian rituals and beliefs, especially when it comes to those around death, afterlife and even those scary looking Scarabs! I also appreciated the injection of some humour, not only did The Weighing of the Heart have me planted to my seat, but it also made me smile throughout.

This is a really difficult book to express why you loved it without spoiling it for the reader, but it is a crazy good read – especially if you’re into the themes and a somewhat unreliable narration, which works and at times has you tripping through hoops! I thoroughly enjoyed, I’m just annoyed at myself for not reading it sooner! I recommend The Weighing of the Heart 100% – have you already read it? What did you think?

Thanks again to Paul and Obliterati Press for my electronic copy of this clever little book, I appreciate your patience with me on the review front!