It’s a Sunday, one of the last Sunday’s before Christmas, this month has flown! I’ve been so happy that #IndiesOfChristmas has gone so well and people have been supporting the indie authors by sharing tweets and hopefully buying books! I have hit a huge brick wall mentally, and i’ve decided to take a pause, a break from posting for the next week. It’s been a difficult decision to make but it’s been a month and i’m admitting it now, i’m drained. So this isn’t the last #IndiesOfChristmas post, posts will resume on the 23rd (there’ll still be throwback posts because they are already scheduled) but until next Monday there’ll be no morning postings.

Anyways, today I get to share with you my spotlight for David Ellis Overttun, who I was introduced to via Twitter thanks to Kelly Van Damme, who absolutely knows her stuff! So who is David? What books does he write? What genres? Well you’ve guessed it, David is an author of theological, political thrillers amongst others. David tells us a bit about himself here:

I grew up in a town in the Midwest. My mother was a bookkeeper for a small HVAC company and my father was a draftsman. At university, I studied chemistry. However, when I graduated, I did not (or could not) pursue that vocation because I was terrible in the lab.
I have been a storyteller ever since I can remember. It started as a way to get out of trouble and evolved as a way to entertain those around me. My first recollection of writing prose was in elementary school when I had to write a short essay about a picture from a magazine. (Mine was a freshly baked loaf of bread.) In grade 7, I penned two short stories for a school writing competition. One was entitled “My Funny Cousin”, a descriptive piece about a relative (a little older than me) who stayed with us one summer. My mother very quickly killed that story. At the time, it didn’t make sense to me because she told me she thought it was very funny. It was only later that I figured out that I could have replaced “Funny” with “Flamboyant” in the title. So, it was back to the drawing board. My second attempt was a collection of anecdotes about the life of my maternal grandfather titled “The Hilarious Things My Grandfather Did”. That one went on to win.
Apart from contests and making my way through school a little easier, I found that writing (especially creative writing) had other uses. In school, I was the proverbial class clown. One time a teacher told me, “One more pun out of you Overttun and you’re out the door!” To which I replied, “O pun the door!” That earned me a string of one hour detentions that would end on completion of a 1,500 word essay on any topic of my choosing. So, I chose the great outdoors. It was a story about a lumberjack. It went sort of like this, “Jack the lumberjack was a lumberjack. Everyday, Jack the Lumberjack would go out into the woods to do what lumberjacks do best. They chop trees. When Jack the Lumberjack found one, Jack the Lumberjack took his ax and went chop, chop, chop, chop, chop…” Needless to say, while I met the strict requirements of the essay, it was disqualified. In its place, I penned something very wordy about getting up in the morning and going through a normal school day.
My first complete novel was a story about a soldier of fortune in the age of horse and bow. At the time, I had contact with people in the entertainment business in California. The feedback I got was that I should take one of the chapters and expand it into a novel. That made no sense to me. What the heck did that mean? How could you expand something so small into something big? So, I never pursued it. However, the comment stuck with me. It was only much later that I figured out that it meant that I should never rush the telling of a story.
This brings us to the present and the Terra Nova Series. (Book 2 has been published and Book 3 is in progress.) I write for an audience of one: my wife. She loves the stories.

David is the author of the Terra Nova series, in which there are two already published instalments with a third in process. Universe: Awakening was published in October 2017 and is the first book in the Terra Nova Series which is available in kindle format. 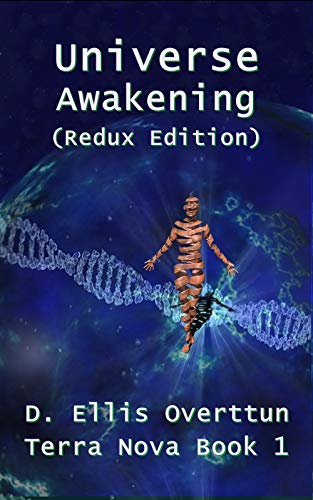 The year — 526,780. A probe is deployed from ISV Intrepid at the outer edge of the universe. It is the last of a complement of twelve that is part of the Deep Exploration of Uncharted Space or DEUS. Its mission: collect data on the redshift of light and spatial distortions. Time horizon: 1,000 years.

Before ISV Intrepid can return to base, something goes wrong. There is an accident. The ship is later salvaged but its pilot is missing, its copilot in a coma.

The probes collect their data with uneventful regularity.

Fast-forward to 526,880. A sole-surviving probe still sits in the darkness at the outer edge of the universe. Now, unseen to the naked eye, the space around the probe begins to stretch and distend. Then, the probe disappears, engulfed by an energy of unknown origin and unknown composition. However, it manages to transmit one final message.

CD3C has monitored the disappearance of each probe over the last three years. While the interpretation of the data remains a mystery, speculation is that something has invaded the universe and is moving a superluminal velocity. Its effects could be manifested in as little as the next thousand years. To the Celesti, this is one lifetime.

What can be done?

The one person who might be able to solve this problem is the copilot of ISV Intrepid. He has been lying in stasis suffering from mental trauma. He has been this way for the past century, the longest recorded case in medical history. His unchanging condition has been a convenient solution to stall any inquiry into the accident that put him there.
This threat changes everything. Now, he is needed.

Is it possible to unlock his mind?

The task falls to Auberon, a career nobody inhabiting the lower level of the hierarchy of the Ministry of Science. Can something be awakened in him to allow someone ordinary do something extraordinary?

Universe: Awakening answers this question. In the process, it explores the world of the Celesti, a highly evolved humanoid species with advanced technology, physiology and a unique way of procreation. It blends science and political intrigue to reveal the interplay of storyline and character development that forms the staging ground for the Terra Nova Series

If you’re a sci-fi fan this is 100% a series that you should be starting! The second instalment of the Terra Nova series is Genesis. Available on kindle! The cover is awesome isn’t it?!

A light streaking across the predawn sky, an explosion and an impending menace from above, seemingly unrelated events but connected to space time distortions 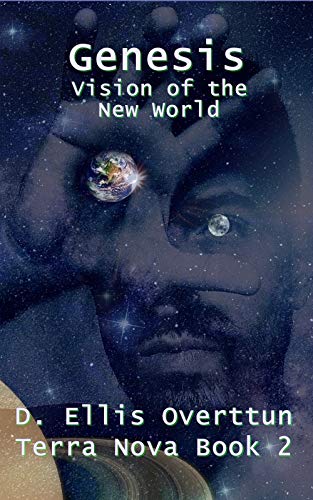 predicted by an obscure scientific paper over 250 years ago. That same paper has predicted an end to the universe.

Has the unthinkable become a reality?

The ruling class Celesti see the danger as real and imminent since planet Arkos could become compromised in as little as 1,000 years. To them, that is one lifetime. That same timeframe is ten lifetimes to the servile class Gendu. To them, the threat does not even exist.

There are those within the Celesti who see the Gendu as a more immediate threat. Their solution is to genetically engineer a more pliant servant class and leave Arkos for an unknown planet. Is that even possible?

But will it even matter? The leaders of the Celesti, the Transcended, know a terrible secret: The Celesti are dying.

Against this backdrop of extinction lies the politics of power. A new leader has just assumed her role as the head of the Gendu Houses. However, she is an outsider. Will she be accepted or will she be cast out as an interloper?

Also, the leader of the most powerful religious organization on the planet is missing and presumed dead. It is the opportunity of a lifetime for anyone bold enough to seize the moment. Who will fill this void? Someone with a hunger for influence and privilege? Or someone with a calling for higher purpose?

Finally, there is a prophecy from the “Codices of Taru” which foretells of a time of darkness when the “head will be cleaved from the body” that will announce the coming of the “Deceiver”. Ancient superstition or a vision of the future?

“Genesis: Vision of the New World” tells this story in vivid detail, an evolution of the narrative begun in “Universe: Awakening”. As part of this journey, it takes a fascinating look into the world of the Gendu and introduces readers to a host of new characters and relationships. It is a potpourri of science, political intrigue and discovery driven by characters with selfish and selfless motives.

And the third book is coming! How blooming exciting is that? If this series sounds like it could float your bookish boat, grab them for the cold holiday nights! Or, did you know that you can even gift ebooks?! Send a copy to a kindle reading bookworm that you love! If you’ve already read these two instalments of the series, what did you think? Share your thoughts below!