Design a site like this with WordPress.com
Get started
Skip to content
It’s A Sunday, the first Sunday of December! Ii don’t want to panic you all but it’s a week closer to the holidays and I am not ready! Today’s wonderful indie author is Shannon Dearing, who goes by the pen name S L. Dearing. SL writes in a multitude of genres, each of her novels may have a different one but the genre category that they’ve fallen into has been listed.
Shannon is very active on social media, if you’re interested in following her, you can do so on any of these links:
Website: http://www.sldearing.comhttp://www.sldearing.com
Facebook Author Page: @S.L.Dearing.Author
Facebook Lia Fail Page: @TheLiaFailChronicles
Instagram: @sldearing
Blog: https://SLDearing1.wordpress.com
Twitter:@SLDearing
Shannon L. Dearing was raised in Westlake Village, California and grew up in Phoenix,

Arizona. She attended Cal Poly San Luis Obispo, then spent several years studying at Los Angeles City College’s renowned Television/ Film program. She has worked on several film projects in many capacities: directing, writing, First Asst. Director, Etc.. She is a book reviewer for the Big Blend Magazine and Champagne Sunday’s radio show as well as the GMTA Literary Community and has a review list on her blog, …And Everything in Between. Shannon has been writing since grade school. Over the years she has written several screenplays, poems, plays and short stories. She recently completed and published her first novel, The Gathering: Book One of the Lia Fail Chronicles and has a short story in the anthologies, Apocalypse: An Anthology of Readers and Authors and Paranormal Anthology with a TWIST, published and edited by Cynthia Shepp. In 2011, Shannon wrote Surviving the Undead, her first play and her first time directing, it ran for two weeks and was well received. She currently lives in the San Fernando Valley of Southern California.
The first book series created by SL Dearing is The Lia Fail Chronicles, this series incorporates urban, post – apocalyptic, paranormal fantasy adventure, with a romantic family saga where she also incorporates tones of thriller and horror undertones into the writing. what a mix of genres!
The Gathering: Book One of the Lia Fail Chronicles

The veil has been broken and our world is changing. 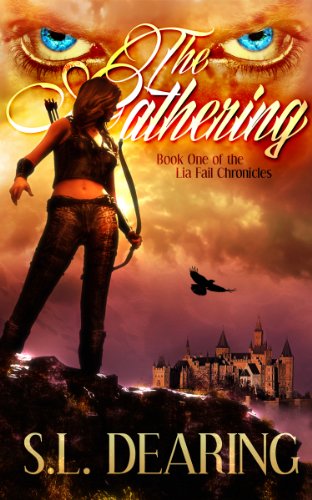 More than a decade has passed since the last world war left cities of glass and steel in ruin, but humanity has risen among the twisted wreckage of what once was and created villages governed by their own laws, religions and governments. One such place is Lia Fail.

While their queen, Alia Stark, prepares to welcome visitors from neighboring colonies to a biannual revel, known as the Gathering, a malevolent unease creeps into the village, leading the way for an unearthly evil. And while the mystery unfolds, Alia realizes she must stand against the darkness that threatens those she holds most dear.

Will she have the courage to do what must be done, or will the final cost be too great?

This is the beginning of a journey that will change their lives forever.

The Journey – From The Gathering to The Bridging – Book 1.5 of the Lia Fail Chronicles: A Short Story Collection
How gorgeous is that cover?! Check out the synopsis:

After the battle at the Black Castle, the survivors have returned home and peace has once again settl 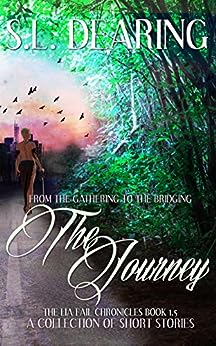 ed on the village of Lia Fail, but the adventure is only just beginning.

The Journey, From The Gathering to The Bridging, Book 1.5 of the Lia Fail Chronicles is a collection of short covering the gap of almost two years from the end of The Gathering and taking the reader into the next novel, The Bridging. A Wish, A Touch, A Kiss, A Birthday and A Storm contain vital information in the continuation of The Lia Fail Chronicles.

A Wish ~ It has been just over a year since the Gathering was last hosted at Lia Fail and peace has once again returned to the little village, but the scars of the past are affecting everyone in the Stark family. It’s the Christmas/Yule season and Alia Stark is desperate to bring joy back into her house. So as she watches the stars flickering in the velvet night sky, she sees several shoot across the void and it’s then she makes… A Wish.

A Touch ~ It is February in Lia Fail. The chilly winter air is making ready for spring, and more changes are in store for the Stark family, when a wagon train from Old Idaho arrives. As a relationship dissolves, one is born, and another is rediscovered. The magic of the new world is making itself more prevalent in the form of the tiny pixies, while the untapped powers of those who have invoked the goddess are beginning to surface. Darkness once again walks the edge of the tiny village and it all begins with… A Touch.

A Kiss ~ Winter has given way to Spring in the hamlet of Lia Fail, and with the season comes rebirth and new love. We continue to learn more about the Fahey and Mercer families as well as how the magic of the New World is growing. In addition, Molly Creegan has always been a dedicated soldier, but now new feelings are awakening inside her. Her courage on the field of battle has never been in question, but is she brave enough to offer up her heart with… A Kiss.

A Birthday ~ The Stark family comes together to celebrate someone who has become very important and special to each one of them for different reasons. The joyous occasion brings hope and closure for many members of the family in… The Birthday.

A Storm ~ Summer in Lia Fail is normally hot and dry, but there is something amiss. When the grey clouds of a typical June gloom day grow darker and darker and the winds pick up speed, Alia and her people must figure out where the tempest is coming from and what it means. With the help of the unicorns, as well as the people of Lia Fail, will their strength and love be enough to protect them all from the power of… The Storm.

The Oak: A Grown Up Fairy Tale 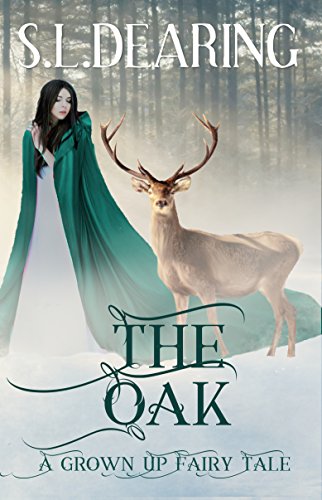 On the outskirts of small French village lives Keitha Dubois, a beautiful young healer whose small cottage lies under the largest oak of the forest. Her quiet solitary life is filled with caring for the sick, and the everyday work of the age, with the occasional visits of good friends.
But this life is about to change.
The Huntsman. The Constable. The Stranger.
All vying for her love. Yet, who will she choose?
For one wants to possess her, one to protect her and one to love her forever.
Between passion, devotion, and obsession, the crusade to win her heart begins with The Oak 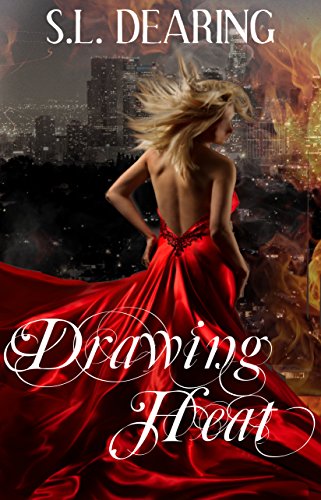 Tristan Broussard is a world famous artist, and tall, dark and handsome barely covers it. Natalia Walker is an art agent extraordinaire and Tristan is her biggest client, but something in the way he looks at her is making her long for more than just a new gallery opening. Yet, in all the tension that flows from Tristan, there is also a sense of foreboding. Something that is dark and dangerous that makes Natalia want to run, as fast as she can, despite her yearnings.
When Tristan decides to change the nature of their relationship, will Natalia succumb to the fire he elicits from her? And if so, will she survive the night?
Drawing Heat is a paranormal erotica short story with light BDSM. This story contains detailed sexual encounters and is for adults only.

These three are only some of Shannon’s writings, she has a load more short stories etc. If you follow her on social media you’ll get updated on SL’s bookish news. Have you already read some of these? What did you think? Did you review it? Share your review with a link below or on Twitter using #IndiesOfChristmas please, we would all be super thankful!