#Orentober has come and passed….. yes, I integrated Orentober into one Green Day lyric, i’m winning! How has this month come to an end already? We blinked and it flew by, it’s been an absolute blast sharing the love with you all for an incredible independent publisher and the authors that come with it – as Kelly and I said from the beginning, Orenda Books is an unbelievable team, one that we are lucky enough to interact with and to read the incredible books that they publish.

This month we’ve shared our Orentober posts, but so have you, you got involved whether you retweeted a post, commented, posted or liked a tweet and for that we are so overwhelmed and grateful. Earlier on in the year when we decided to hop on the bookish month idea bus with those #Fahrenbruary fellas, Matt and Mart who inspired this bookish month baby, we didn’t know if #Orentober would have got off the ground, let alone be successful, but it was and that is thanks to you, the reader, Twitterer, blogger and friends – you enabled us to share more Orenda Book love than we thought was possible.

There’s been panic, self doubt, reassuring chats and giggles while planning and executing a month full of posts but it was 100% worth it, I hope that you’d agree. I couldn’t have hoped for a better partner in crime than Kelly of From Belgium With Book Love, who on occasion woke up to my rambling panics (Mart also endured a multitude of erratically panicked messages and talked me down from the blogging edge, so thanks goes there too!), paired my colour co-ordination with her own, talked through the plans, even at silly o’clock. We are both fairly new bloggers and I’m glad to have shared the planning of this bookish brain child with her, couldn’t have done it without her!

I’ve also been introduced to a number of books that hadn’t crossed my Orenda radar before, including these three beauties (I also have Epiphany Jones by Michael Grothaus on its way) that I was convinced to order because of the fabulous reviews shared this month and they’re just the physicals *oops*. I wish Orentober was longer!

I was gifted two brilliant reads this month by the wonderful Karen, A Dark Matter by Doug Johnstone, due to be published in January BUT if you purchase through Bert’s Books you can get in one month before. And The Home by Sarah Stovell, both books I managed to squeeze in to the review calender this month, as always I’m so grateful for the opportunity to read and review proofs prior to publication!

Special thank you to the waves of absolutely amazing bloggers and readers who rode the #Orentober wave with us, those who I knew beforehand and those who reached out to interact. There were so many of you and without you #Orentober wouldn’t have been so amazing. I’m so emotional about it (possibly the added sleep deprivation doesn’t help) but I think after some sleep, toast and hiding away to read, we’ll be back fresh as a daisy for #Orentober2020 – plus planning committee!

Finally, a million of thanks goes to Karen, her team and all the authors who took part, from all the proofs sent this bloggers way this month and in the past, to the authors who constantly interact with their readers AND the ones who endured my Q&A quizzing, providing content and tweeting etc. I’d also like to extend a special thanks to Cole Sullivan who kept us in the loop about book promotions and of course designed our stunning graphic! You are all incredible stars, thank-you millions of loads for embracing #Orentober!

We’ve had so many posts this month, this is my 31st! If you’ve missed some or all of mine (where have you been?) and others, you can use the #Orentober hashtag to catch up, here’s my post list: 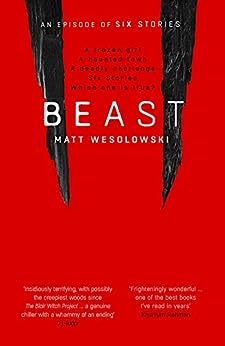 Elusive online journalist Scott King examines the chilling case of a young vlogger found frozen to death in the legendary local ‘vampire tower’, in another explosive episode of Six Stories… In the wake of the ‘Beast from the East’ cold snap that ravaged the UK in 2018, a grisly discovery was made in a ruin on the Northumbrian coast. Twenty-four-year-old Vlogger, Elizabeth Barton, had been barricaded inside what locals refer to as ‘The Vampire Tower’, where she was later found frozen to death. Three young men, part of an alleged ‘cult’, were convicted of this terrible crime, which they described as a ‘prank gone wrong.’ However, in the small town of Ergarth, questions have been raised about the nature of Elizabeth Barton’s death and whether the three convicted youths were even responsible. Elusive online journalist Scott King speaks to six witnesses people who knew both the victim and the three killers to peer beneath the surface of the case. He uncovers whispers of a shocking online craze that held the young of Ergarth in its thrall and drove them to escalate a series of pranks in the name of internet fame. He hears of an abattoir on the edge of town, which held more than simple slaughter behind its walls, the tragic and chilling legend of the ‘Ergarth Vampire’… Both a compulsive, taut and terrifying thriller, and a bleak and distressing look at modern society’s desperation for attention, Beast will unveil a darkness from which you may never return…

and PI businesses in the first book of a taut, page-turning and darkly funny new series. Meet the Skelfs: well-known Edinburgh family, proprietors of a long-established funeral-home business, and private investigators… When patriarch Jim dies, it’s left to his wife Dorothy, daughter Jenny and granddaughter Hannah to take charge of both businesses, kicking off an unexpected series of events. Dorothy discovers mysterious payments to another woman, suggesting that Jim wasn’t the husband she thought he was. Hannah’s best friend Mel has vanished from university, and the simple adultery case that Jenny takes on leads to something stranger and far darker than any of them could have imagined. As the women struggle to come to terms with their grief, and the demands of the business threaten to overwhelm them, secrets from the past emerge, which change everything… A compelling, tense and shocking thriller and a darkly funny and warm portrait of a family in turmoil, A Dark Matter introduces a cast of unforgettable characters, marking the start of an addictive new series.

When the body of pregnant, fifteen-year-old Hope Lacey is discovered in a churchyard on Christmas morning, the community is shocked, but unsurprised. For Hope lived in The Home, the residence of three young girls, whose violent and disturbing pasts have seen them cloistered away…

As a police investigation gets underway, the lives of Hope, Lara and Annie are examined, and the staff who work at the home are interviewed, leading to shocking and distressing revelations … and clear evidence that someone is seeking revenge.

The Dean Wilson Theatre is believed to be haunted by a long-dead actress, singing her

Now Dust, the iconic musical, is returning after twenty years. But who will be brave enough to take on the role of ghostly goddess Esme Black, last played by Morgan Miller, who was murdered in her dressing room?

Theatre usher Chloe Dee is caught up in the spectacle. As the new actors arrive, including an unexpected face from her past, everything changes. Are the eerie sounds and sightings backstage real or just her imagination? Is someone playing games?

Is the role of Esme Black cursed? Could witchcraft be at the heart of the tragedy? And are dark deeds from Chloe’s past about to catch up with her?
Not all the drama takes place onstage. Sometimes murder, magic, obsession and the biggest of betrayals are real life. When you’re in the theatre shadows, you see everything.
And Chloe has been watching…

A city in darkness. A building in lockdown. A score that can only be settled in blood…
Working off the books for FBI Special Agent Alex Monroe, Florida bounty-hunter Lori Anderson and her partner, JT, head to Chicago. Their mission: to entrap the head of the Cabressa crime family. The bait: a priceless chess set that Cabressa is determined to add to his collection.
An exclusive high-stakes poker game is arranged in the penthouse suite of one of the city’s tallest buildings, with Lori holding the cards in an agreed arrangement to hand over the pieces, one by one. But, as night falls and the game plays out, stakes rise and tempers flare.
When a power failure plunges the city into darkness, the building goes into lockdown. But this isn’t an ordinary blackout, and the men around the poker table aren’t all who they say they are. Hostages are taken, old scores resurface and the players start to die.

And that’s just the beginning…

The Oslo Detectives are back in another slice of gripping, dark Nordic Noir, and their new colleague has more at stake than she s prepared to reveal… Oslo detective Frølich searches for the mysterious sister of a young female asylum seeker, but when people start to die, everything points to an old case and a series of events that someone will do anything to hide… Suspended from duty, Detective Frølich is working as a private investigator, when his girlfriend’s colleague asks for his help with a female asylum seeker, who the authorities are about to deport. She claims to have a sister in Norway, and fears that returning to her home country will mean instant death. Frølich quickly discovers the whereabouts of the young woman s sister, but things become increasingly complex when she denies having a sibling, and Frølich is threatened off the case by the police. As the body count rises, it becomes clear that the answers lie in an old investigation, and the mysterious sister, who is now on the run… A dark, chilling and up-to-the-minute Nordic Noir thriller, Sister is also a tense and well-plotted murder mystery with a moving tragedy at its heart, cementing Kjell Ola Dahl as one of the greatest crime writers of our generation.

That’s only some of the releases of early 2020 that have been confirmed so far, but you just know that Orenda Books is a continuous source of fantastic reads, so I for one is major excited not only for these but to see what else they have their publishing sleeves! Make sure to follow @OrendaBooks to keep up with all the bookish info!

Many loads of thanks again, I can’t wait to see what next #Orentober brings, but until then a bit of a hibernation? To phase you out of the #Orentober period, there are two Random Things Tours for two incredible books, that both start tomorrow, with some brilliant bloggers involved! 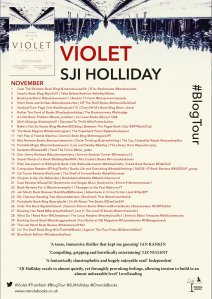