Argh, it’s nearly the end of #Orentober, how blooming fast did that go? Did you have fun? I know that I did and I really don’t want it to come to an end, but all good things must. Today I have a Q&A for you with Orenda editor and author West Camel, super excited about that!

For those of you who are wondering who West Camel is, well you should be ashamed but I have you covered! West was born and bred in south London and not the Somerset village with which he shares a name West Camel worked as an editor in higher education and business before turning his attention to the arts and publishing. He has worked as a book and arts journalist, and was editor at Dalkey Archive Press, where he edited the Best European Fiction 2015 anthology, before moving to new press Orenda Books just after its launch. He currently combines his work as editor at Orenda Books with writing and editing a wide range of material for various arts organisations, including ghost-writing a New-Adult novel and editing The Riveter magazine for the European Literature Network. He has also written several short scripts, which have been produced in London’s fringe theatres, and was longlisted for the Old Vic’s 12 playwrights project. Attend is his first novel. You can follow West on Twitter @west_camel

When Sam falls in love with South London thug Derek, and Anne’s best friend Kathleen takes her own life, they discover they are linked not just by a world of drugs and revenge; they also share the friendship of the uncanny and enigmatic Deborah.

Seamstress, sailor, story-teller and self-proclaimed centenarian immortal, Deborah slowly reveals to Anne and Sam her improbable, fantastical life, the mysterious world that lies beneath their feet and, ultimately, the solution to their crises.

With echoes of Armistead Maupin and a hint of magic realism, Attend is a beautifully written, darkly funny, mesmerizingly emotive and deliciously told debut novel, rich in finely wrought characters that you will never forget. 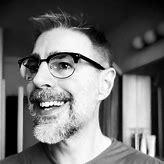 So, West agreed to be grilled by yours truly, check out what he had to say!

Hello West, welcome to The Reading Closet and thank you for answering some questions for the post today. Your debut novel is Attend which was years in the making. What was your journey like and how do you think it impacted on you as an author?
WC: My journey was long! I had the idea for the book when I was living in Deptford in the mid-1990s, but I didn’t really get down to writing it until ten years later, when I did a creative writing MA. That experience – workshopping the novel chapter by chapter and spending time around other writers – really helped shape the book and gave me the energy to finish it. A few months after I’d finished the degree, I’d completed my first draft. After several edits and rewrites, I started sending to agents, but was rejected. It wasn’t until I sneaked it into the Orenda submissions pile under a different name that I found success. I couldn’t have a better publisher.

Oh you sneaky, but that’s great that Attend was picked up, and by such a diversely wonderful publisher. You obviously had the drive to write,although it took many years to become published, what was your literary inspiration?
I guess the writers I most admired when I started to write Attend were Virginia Woolf and the South American magical realists like Gabriel Garcia Marquez and Isabel Allende. I loved Jeanette Winterson’s British version of magical realism and I wanted to bring that tone to Deptford. Looking back at the book now though, I see other influences too, particularly 19th-century literature; I was reading a lot of Dickens, Eliot, Trollope and Zola around that time.

It’s great that you used the tones and feels of some classic literature to inject into Attend. Are you currently working on anything new? If so, can you give us an insight, please?
I am working on a new novel. It’s set in Deptford again, but with different characters and a very different ambience. Almost all the action takes place on a massive concrete, brutalist estate by the river – in the mid-1970s and in the present day.

Well I for one will be keeping my beady eyes on updates about that read! Many individuals struggle to get their foot into the writing world, from your experience what advice would you give to your younger self about the author life?
Have no expectations about fame and success, just write for the reward of having created something. Apply yourself. Find a place – physical and in terms of time – where you can write regularly. Try different forms – short stories, plays, poetry.

As i’ve told the lovely readers, you’re both an Orenda Books editor AND an author. That being said, would you give us a condensed ‘Day in the life of an editor’?
Most days start with answering emails that have come in late the previous evening, over night or early in the morning. There’ll often be various files to check – proofs coming back from the typesetter; ebook files from the ebook conversion team; covers from the designer; proofreader, author and translator corrections to go through – so I’ll try to get these out of the way next. I usually have a book edit on the go, so I’ll be working on that, but I’ll break off for emails, requests from Karen, quick glances and urgent copy, and any number of little jobs. When I’m finished there’ll be new MSs to read through plus submissions that have been flagged up by our reader (the wonderful @Lizzy11268).

Do you think being an editor impacts your work? If so, how?
Yes, definitely! It’s a good and a bad thing. It means I hear the editor voice in my head as I write, telling me that something is overwritten, or clichéd, or doesn’t pull its weight; telling me to word something better, to make each sentence fresh and surprising. However, I also realise that I have to shut that voice up if I’m to write freely and creatively. It’s a balance – I have to adjust the volume of the editor’s voice so I can hear it, but it’s not deafening.

Personally, I grew quite attached to the characters portrayed in Attend, the book wormed its way into my heart and I’ve missed the gang. If Attend’s characters were real, where do you think they’d be now?
I like to think that Sam and Derek are still together. It will have been difficult to come to an accommodation over their very different lives, but they’ll have managed it and be happy together. Anne will still be in her flat, quite happy alone, and still off the drugs. Her mum, Rita, is getting on in years, so Anne has assumed the matriarch role in some ways – but is much more hands off. Julie finally sees her as some kind of mother figure.

What was the writing process for Attend?
I started with a collection of scenes and characters – just sketches and moments really, finding the atmosphere I wanted. Then I started developing a storyline, writing scenes from the beginning and exploring the characters. When I had about half the book, and had workshopped a lot of it, I made a clear chapter plan and got through to the end that way. After that, there were several edits, and I added new material and cut stuff that wasn’t working. And then the structural and copyedits at Orenda reworked the material further and I cut a bit more, before we arrived at the final product.

Everyone has favourite authors, ones that are their to go to’s. Who are the authors that have inspired you?
This changes all the time. I recently read Rachel Cusk’s Outline, and was hugely impressed by the prose and the concept. I splurged on Patrick Modiano a while back and was hugely inspired by his work. There are loads of others: Ishiguro, Murakami, David Foster Wallace, Lorrie Moore. And of course, always Woolf.

Talking of authors and books, what book genre do you enjoy reading?
Literary books generally, but a beautifully written literary thriller is a huge pleasure.

A random fact about yourself
I can play the cello!

Oh I wish I had a musical talent! Thanks again West for dropping by and sharing with us the man behind Attend and a peak into the editorial world o. It’s been an absolute blast and what a post to end #Orentober with!