It’s a Sunday which only means one thing, another #Orentober edition of End of World Books, last week THE Karen Sullivan shared her five chosen books that she would take with her if an apocalyptic event was to fall upon us (I really don’t think she liked the idea, I have some brownie points to get back I think!) You can check out Karen’s choices here.

Today’s willing blog series victim is Paul Burston, an Orenda published newbie – his eye widening real thriller The Closer I Get was published in July of this year and it’s quite the read. You can check out my review here.

Paul is curator and host of award-winning LGBT+ literary salon Polari at the Southbank Centre and founder of The Polari First Book Prize for debut writers and The Polari Prize for established writers.
In 2016, he was featured in the British Council’s Global list, celebrating ’33 visionary people who are promoting freedom, equality and LGBT rights around the world.’ His new psychological thriller The Closer I Get is published by Orenda Books and was longlisted for the Guardian’s Not The Booker Prize 2019. You can find all Paul’s books here: https://www.paulburston.com/

Okay, okay, yes I know that you are dying to know what five books Paul has chosen to accompany him to the end of the world. You’re an impatient lot aren’t you! Well, here you go! 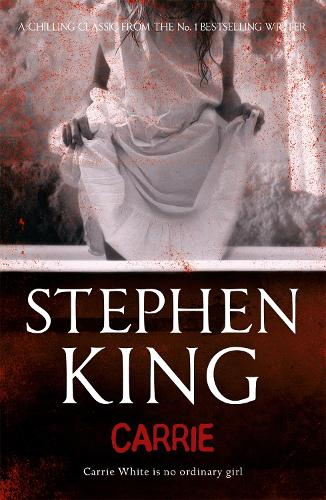 Carrie White is no ordinary girl.
Carrie White has the gift of telekinesis.
To be invited to prom night by Tommy Ross is a dream come true for Carrie – the first step towards social acceptance by her high school colleagues.
But events will take a decidedly macabre turn on that horrifying and endless night as she is forced to exercise her terrible gift on the town that mocks and loathes her.

This was my introduction to the King, at the age 11 or 12, and I’ve been a huge fan ever since. It has everything – horror, teenage angst, a bullied girl who gets revenge and wreaks havoc on her tormentors. For all its visceral horror, it’s also very moving at times. What’s not to love?

2. Tales of the City by Armistead Maupin 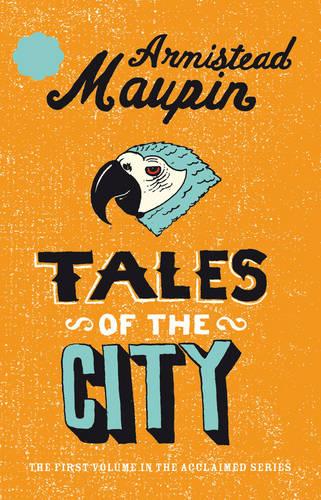 I was introduced to these wonderful, heart-warming books by a gay friend, now long gone. They brought me so much joy and still do. The whole series is superb. Maupin is a modern day Dickens, writing with wit and compassion about society’s outsiders.

3. My Family and Other Animals by Gerald Durrell 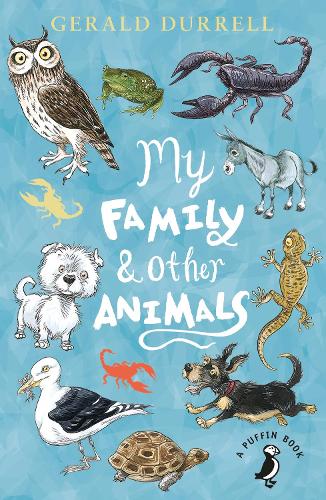 Ten-year-old Gerald doesn’t know why his older brothers and sisters complain so much.
With snakes in the bath and scorpions on the lunch table, the family home on the Greek island of Corfu is a bit like a zoo so they should feel right at home…
Gerald joyfully pursues his interest in natural history in the midst of an unconventional and chaotic family life – all brilliantly retold in this very funny book.

As a child I was obsessed with Durrell. I even fantasised about becoming a zoo keeper when I grew up. This memoir of his childhood in Corfu was inspirational. I went on to read all of his books but this is the one that stays with me.

Tom Ripley is struggling to stay one step ahead of his creditors and the law, when an unexpected acquaintance offers him a free trip to Europe and a chance to start over.
Ripley wants money, success and the good life and he’s willing to kill for it. When his new-found happiness is threatened, his response is as swift as it is shocking.

Highsmith was light years ahead of her time. Who’d have thought that you could write about a sexually ambiguous murderer and make him the (anti)hero of the book? Ripley is one of those characters who gets right under your skin – charming, cunning, desperate and tortured. And the writing is so lean. I don’t think there’s been a better writer of crime fiction – or ‘suspense’ as Highsmith preferred to call it. 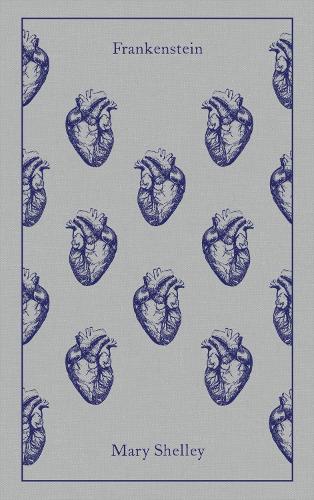 Obsessed by creating life itself, Victor Frankenstein plunders graveyards for the material to fashion a new being, which he shocks into life by electricity. But his botched creature, rejected by Frankenstein and denied human companionship, sets out to destroy his maker and all that he holds dear.
The result of a compact (when Mary Shelley was just nineteen years old) between Mary, her husband Percy and Lord Byron one stormy night to write their own haunting stories, Frankenstein remains essential reading today. Influenced by the myth of Prometheus and Milton’s Paradise Lost, this chilling gothic tale would become the world’s most famous work of horror fiction, and continues to be a devastatingly relevant exploration of the limits of human creativity.

I first read this when I was 19 and studying the gothic novel at university. It blew me away then and it still does. Everything about it is perfect, from the story of its inception to the way Shelley forces us to ask ourselves ‘who is the real monster here?’ A masterpiece.

There you have it, the books that Paul Burston would keep forever out of thousands, millions of produced books, these are his five end of world books. Thanks Paul for agreeing to such a task, it’s been fun.

Follow The Reading Closet on WordPress.com
Join 5,740 other subscribers