The Lion Tamer Who Lost, one of the crown jewels of reads that has you mentally intrigued and emotionally tied to within the first few pages. I have been Twitter yelled at by various bloggers, including Kelly to read this little beauty for months. It’s appeared on several ‘Best Reads of 2018’, as well as being up for a variety of awards. Well folks, I finally read it! Read it is downplaying it really, because I binged it in something like a five hour sitting – working off a caffeine buzz but enjoyed every single glorious page. Yes I’m rambling! More about the feels later.

My First Louise Beech experience was with Call Me Star Girl, you can read my review here. That book made me fall in love with Louise’s work – the heart, the visualisation and writing, bloody everything! The Lion Tamer Who Lost has only increased my bookish adoration.

Louise’s debut novel, How to be Brave, was a Guardian Readers’ pick in 2015 and a top 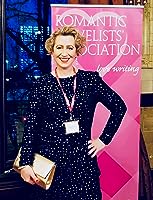 ten bestseller on Amazon. The Mountain in my Shoe longlisted for the Guardian’s Not The Booker Prize 2016. The Sunday Mirror called Maria in the Moon ‘quirky, darkly comic, original and heartfelt’. It was also a Must Read in the Sunday Express and a Book of the Year at LoveReadingUK. The Lion Tamer Who Lost was described as ‘engrossing and captivating’ by the Daily Express. It also shortlisted for the RNA’s Romantic Novel of the Year and longlisted for the Polari Prize 2019. Call Me Star Girl hit number one on Kobo. It also longlisted for the Not The Booker Prize and won the Best magazine Big Book Award 2019. I Am Dust is out in 2020. (I for one can not wait!) 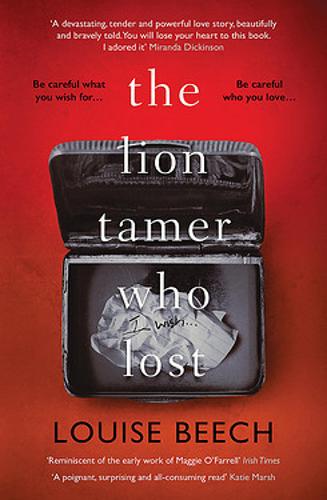 Be careful what you wish for…
Long ago, Andrew made a childhood wish, and kept it in a silver box. When it finally comes true, he wishes he hadn’t…

Long ago, Ben made a promise and he had a dream: to travel to Africa to volunteer at a lion reserve. When he finally makes it, it isn’t for the reasons he imagined…

Ben and Andrew keep meeting in unexpected places, and the intense relationship that develops seems to be guided by fate. Or is it? What if the very thing that draws them together is tainted by past secrets that threaten everything?

A dark, consuming drama that shifts from Zimbabwe to England, and then back into the past, The Lion Tamer Who Lost is also a devastatingly beautiful love story, with a tragic heart…

I’m not usually a book crier, I know many people are and I love that they get so emotionally attached to a book, I’m very fussy with my tears but The Lion Tamer That Lost left me with a lump in my throat and tears in my eyes! I recommend that you have a Beech survival kit that includes wine, chocolate, tissues and a heavy blanket! Those are the things I wished I’d had at 2:30am after finishing damn it. After digesting the read emotionally and mentally, I can completely get why so many people named it as one of their 2018 favourites – the bookish related heart hairline fractures are real, brace yourself and fall in love with Ben and Andrew.

The Lion Tamer Who Lost is written in three parts, with the first being mainly from Ben’s POV. Ben has gone to Zimbabwe to volunteer at the Liberty Lion Rehab Project. Early on you feel aware that he is trying to escape something, deeply emotional, I also felt that he could see some sort of connection between himself and the lions – they’re caged away from their natural habitat, deprived from the life that they wish to lead, they want the freedom to be themselves, a life that Ben feels that he’s unable to have. I found myself entrapped in his personal struggle, one where he refuses to confront who he really is due to the fear of abandonment, but always searching for a place to belong.

“They are predators, not your friends. Never let your guard down”

Inclusions of quotes from something yet understood begins each chapter from Andrew, a character whom we meet further into the storyline. He is the polar opposite of Ben, self confident and assertive to who he is, proud even – a positive presence in Ben’s life, they are very much like night and day with their complimentary personalities, beliefs, etc. I loved how Louise entwined the characters within the read, pair that with a beautiful prose and perfect sequencing then you have a magnificent must read, which is 100% the definition of this book! The entwining narratives flick to past and present, this not only develops the characters but also the storyline between the lines. The Lion Tamer Who Lost is a compelling and flawlessly executed read that is compellingly emotive; Louise’s MO! I’m so annoyed at myself for waiting this long to read it *slaps ones self*.

You guessed it, I loved The Lion Tamer Who Lost! I absolutely recommend it, it’s a book with unexpected turns and poetic atmospheric writing that will stay in the Louise Beech corner of your heart way after finishing the final page *sob*. Read it immediately, if you can’t wait for the paperback to be delivered to your door, you can grab the e-book from the Orenda e-store here, as well as all the other Orenda titles. If you are willing to wait for glorious book post, you can order from independent bookseller Bert’s Books here.

Have you already read The Lion Tamer Who Lost? What were your thoughts? If you’ve reviewed it on your blog, you’ve just bought it or even currently read it, why not tweet your thoughts with the hashtag #Orentober? Tweet, retweet and comment so we can share the Orenda Love!

Check Louise reading an excerpt of The Lion Tamer Who Lost over at Orenda Books At Bedtime YouTube channel, make sure to subscribe so you don’t miss future episodes.