I am super excited to bring another End of World Books post to you on this Sunday morning (or whatever time of day it is with you). I never thought that this blog series would have survived a couple of weeks but you lot love a good bookish challenge by the looks of it! Bookish sadistics! Last Sunday’s guest post was the wonderful Scottish lass Sarah of the Lost in the Land of Books blog, you can check out her post here!

I promised you that one of my favourite indie bloggers – well bloggers over all, was going to be visiting The Reading Closet today and he’s here! Matt, yes ThatMattKeyes is one of the most supportive people that I’ve had the absolute pleasure of Twitter – meeting! He’s also a huge supporter of indie publishers, authors, books etc and shares his reviews on his blog: It’s An Indie Book Blog – if you aren’t following him you need to have a word to yourself and go do it! Most of you may know Matt as one half of the brains behind #Fahrenbruary, I’ve been trying to get hold of the other half of the brain to take part but he’s a slippery one, off globe trotting apparently!

*Disclaimer* Matt’s post made me tear up a little, his passion for books just bursts through and gave me all the bookish feels! Over to Matt!

Getting involved in this wonderful recurring feature for Danielle seemed like a no-brainer – a great opportunity to chat about some of my favourite books and what they mean to me. That is until I started to think it through. Then I wondered what exactly I’d let myself in for. Five books. FIVE. How the hell am I supposed to compress thirty-five years’ worth of stories into five books?

So, I started to reflect on the books I’ve read the most, the books that mean the most to me personally, the books that inform the reader I am now. This piece also gives me an opportunity to talk about some books that I would never feature on my own blog. Classics in their own right, but most are on majors rather than indie labels, I have never claimed to have a problem with mainstream publishing, I chose to focus on indie on my blog as that is where the most exciting work is happening now in my view and also a world that really needs support in a way major labels don’t, my reading list every year is a mix of the two though.

The choices are a reflection of the way I approached this. Of the five books I have chosen, only one has come into my life recently. Most have been with me twenty years or more, and in one case since I was in single figures. No kid that young cares about the publisher, just the story they are hearing. I’ve chosen books that have been a huge part of my life and will remain a huge part of my life. If I was picking books to go to the end of the world with, I would want books that have memories attached, that have personal meaning to me.

Up first then, and these are in no particular order, is The Green Mile by Stephen King.

I first read The Green Mile in secondary school, I got all six of the original paperbacks from my local library, one at a time. The copy in the picture is one of the very early omnibus editions, I got it to take on holiday to France in summer of 1999, I would have been fifteen at the time, some of the pages still show the crinkling where my brother dive bombed into the pool and sent water everywhere! I have returned to this copy countless times since. Stephen King is undoubtedly my favourite author, he is the only writer of such prolific output for whom I believe I have a complete collection (all his published novels and collections). I think it’s the sense of hope that runs through the story that I respond to, even in such dire circumstances as King presents. John Coffey (like the drink, but spelled different) is such a wonderful character, so full of grace and heart and existing at a time and place that didn’t know how to respond to him, that assumed the worst because of his skin colour and physical size. Nobody could make room for the idea that this giant of a man could be trying to help not hinder. King has a lot of common themes that run throughout his fiction, one such is the idea that bullies will always get their comeuppance and that standing up to them usually reveals the cowardice underneath. It’s a theme employed to great effect in The Green Mile (see IT for another fantastic example, IT almost made the cut, but I didn’t want to duplicate authors). Hope shining through sadness is what makes The Green Mile one of the greatest stories our greatest living story teller has ever written.

I could talk for hours about The Green Mile, but its time to move on. And to a very different book. There’s a Bat in Bunk Five by Paula Danzigger is a story aimed squarely at kids and young teenagers. It’s a

straightforward tale of a girls first experience of being away from home, at an American summer camp as a counsellor. The copy in the picture is falling apart it has been read that many times, its been on many holidays with me, it has stayed in the collection from my childhood bedroom through assorted flats in Manchester to my own shelves in my house as an adult. And it wasn’t new when I got it. That’s the thing about this book, the name written in the front isn’t mine. My mum picked it up for me second hand at a flea market as I had read a couple of Paula Danzigger’s other books at school and really enjoyed them (one was called Earth to Matthew, wonder what got me to pick that one up at age 11). My mum is a massive influence in my reading life, a voracious reader herself she passed that love on to me and always encouraged it. Although she never did quite succeed in getting me into the Narnia stories, one of her childhood favourites, sorry mum!! I think I responded to this as a young reader as it didn’t talk down. It talked about ‘grown up’ experiences in a way that children really responded to. As I got older I think a sense of nostalgia kicked in and I kept on going back to it. It is in a lot of ways a very sweet story about taking your first steps into the wider world away from home, and one I would not ever want to be without. 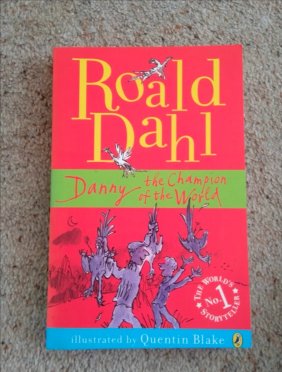 A number of my choices are books that are often considered as children’s stories, this next one stays with that theme. Danny The Champion of the World by Roald Dahl. Danny is quite simply a magical story. As a kid I think the sense

of adventure appealed to me, as an adult the country idyll and the idea that you only really need a loving family, which can be defined in many ways, to be happy is the message that shines through. Roald Dahl has stayed as popular as he has I think because he puts his characters in actually dangerous situations and creates enemies that are really nasty. The sequence where Danny wakes to find himself alone and embarks on a rescue mission is still breathtakingly exciting. Sadly, I don’t have my first copy of this one, the only book on this list that has been replaced, the others are all the only copies I’ve ever owned. I had a film tie in copy from the early 90s, I’ve never actually seen the film though. The picture is my current copy.

Moving on, and to a book that started out indie. Its now about as un-indie as its possible to get, but that first print run was by a little start up company and only had 500 copies. That was back in 1997. Skip forward 22 years and it’s the first book in arguably the most recognisable series currently in print. Harry Potter and the Philosopher’s Stone. I think everyone that has read the series has a favourite, for me it has always been the first. The sense of excitement and discovery that JK Rowling captures in the opening chapters always spoke to me, and the progression of Harry through the first book as he finds himself, starts to understand who he is. JK Rowling, like Dahl, writes excellent enemies and often builds elements of mystery in to her stories, more so in the early books I think. I read this for the first time in summer of 2000, memorably for me, across the two days before I flew to Florida for the first time on a family holiday to Disney. That connection to a phenomenal summer may be something to do with why I’ve always held the original as my favourite in the series, its also one of the most read books in my collection, I stopped keeping track after about the 30th run through. I don’t read it as much now as I did in my teens / early 20s, the last time was part of a complete run through of the series in 2016. I’m overdue for a re-visit. 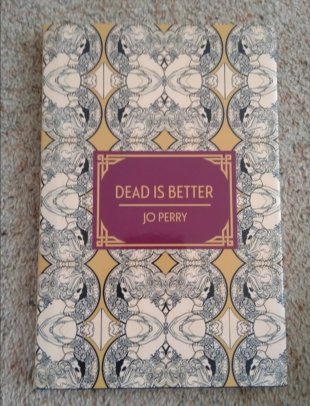 My final choice is a book that stands out amongst this set as being one I have only read once so far, that is down to it only coming into my life last year. I have read the three that follow it though. It’s been a standout novel for me, the unique storytelling technique, the characters, the compassion that shines through every page, the contemplation of death just seems right for the end of the world. Jo Perry’s Dead is Better is a remarkably told tale. The style is classic noir, short sharp sentences, short chapters, fast paced, no words wasted. The story compels you to fill in the blanks and its as powerful in what it doesn’t say as in what it does. That’s a sign of truly great fiction. Your imagination is far more impactful than anything a writer can put on the page, a great writer understands that and uses it as a tool to get their story across. The fate of Rose is one such example of this. Rose is a dog who had a painful life and in death is a companion for our protagonist Charlie, also dead. The story is told entirely from the perspective of a dead person, in making this choice and in showing Charlies imperfections in life Jo Perry challenges us all not to waste ours. That’s a message I would want to take with me to the end of the world. Wouldn’t you? (D: If you want to check out Matt’s review of Dead Is Beautiful, Voila!) 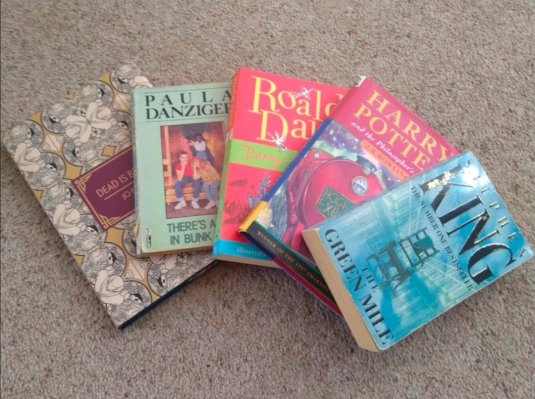 Wow, I love the books that Matt’s chosen – you just know how much he loves them by reading his words! I on the otherhand have no words, but I’d like to thank Matt for guest posting! I’m sure, like me, you’ve enjoyed reading about the five books that Matt would pack up in his survival rucksack and take across the world, if an apocalypse was to happen! Visit anytime Matt!

Join me next week as I put a certain brilliant Bella on the spot! Again, I’ve seen her five and we can’t wait to share them with you! So excited!