Hello there everyone and welcome! You’ve visited on the best day! It’s the the day that begins my very own blog series! I am super excited about this one, bare with the rambling! The last few weeks I’ve been contemplating blogging life, amongst other things, but a lightbulb flicked on about this new and exciting blogventure (at least it’s not ‘bevvy’ Love Island fans!)

What is this ‘blog series’ about I hear you say, well it’s called ‘Books I’d Take To The End of the World’ where myself and some wonderful blogging guests are going to tell you, the readers what five (YES FIVE!) books we would take with us if we had to evacuate the shelter of our own homes to safety at the other end of the world. Basically, Bird Box but with books.

The bloggers that i’ve spoken to dread the thought of choosing between their book children, but if you’re like Kelly from the From Belgium With Book Love blog you’ll not be willing to sacrifice food in hope of squeezing another book in your survival backpack, so 5 books it is.

Today is the first Books I’d Take To The End of the World and if you’re a UK reader, it’s also Father’s Day – I just want to say to those who are feeling sad, lost and emotionally all over the place today; whether you’re a father who has lost a child, a child who has lost their father or even if you have an estranged relationship with your father, you are not alone, there are many of us – please talk about it to someone, a funny story, your feelings, anything, it helps!

My post today is Father’s Day linked, it was the reason I begun reading these books and the reason they each hold a little piece of my heart. In 2015, my dad died, completely expectantly, I was (am still) lost – trying to come to terms with this huge emotional trauma that lets face it, you never actually get over. It felt final (which of course it was) but I needed something to swallow that hard lump down, I needed help.

In walks Mitch Albom into my sad and broken life. If you’re not aware of Mitch Albom, 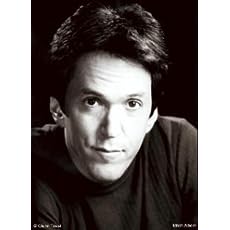 he is an American author, journalist, screenwriter, dramatist, radio and television broadcaster, and musician. His books have sold over 39 million copies worldwide. Having achieved national recognition for sports writing in the earlier part of his career, he is perhaps best known for the inspirational stories and themes. He is also my favourite author, but I can only take a maximum of five books…. I chose four! I don’t think I am exaggerating, if I were to lose these four books my heart would break all over again.

In no particular order, my end of world book choices would be: 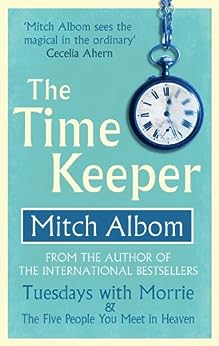 Banished for centuries, as punishment for trying to measure time, the inventor of the world’s first clock is finally granted his freedom, along with a mission: a chance to redeem himself by teaching two people the true meaning of time.
He returns to our world and embarks on a journey with two unlikely partners: a teenage girl who is about to give up on life and a wealthy, ageing businessman who wants to live for ever. To save himself, he must save them both.
Gripping, and filled with deep human truth, this unforgettable story will inspire readers everywhere to reconsider their own notions of time and just how precious it truly is

As a child, Charley Benetto was told by his father, ‘You can be a mama’s boy or a daddy’s boy, but you can’t be both.’ So he chooses his father, only to see him disappear when Charley is on the verge of adolescence.
Decades later, Charley is a broken man. His life has been destroyed by alcohol and regret. He loses his job. He leaves his family. He hits rock bottom after discovering he won’t be invited to his only daughter’s wedding. And he decides to take his own life. Charley makes a midnight ride to his small hometown: his final journey. But as he staggers into his old house, he makes an astonishing discovery. His mother – who died eight years earlier – is there and welcomes Charley home as if nothing had ever happened.
What follows is the one seemingly ordinary day so many of us yearn for: a chance to make good with a lost parent, to explain the family secrets and to seek forgiveness.

The Five People You Meet In Heaven was published by Sphere on the 2nd of September 2004 and runs at 240 pages.

THE FIVE PEOPLE YOU MEET IN HEAVEN is a wonderfully moving fable that addresses the meaning of life, and life after death, in the poignant way that made TUESDAYS WITH MORRIE such an astonishing book. The novel’s protagonist is an elderly amusement park maintenance worker named Eddie who, while operating a ride called the ‘Free Fall’, dies while trying to save a young girl who gets in the way of a falling cart that hurtles to earth. Eddie goes to heaven, where he meets five people who were unexpectedly instrumental in some way in his life. While each guide takes him through heaven, Eddie learns a little bit more about what his time on earth meant, what he was supposed to have learned, and what his true purpose on earth was. Throughout there are dramatic flashbacks where we see scenes from his troubled childhood, his years in the army in the Philippines jungle, and with his first and only love, his wife Marguerite.

The Next Person You Meet In Heaven

In Mitch Albom’s beloved novel, The Five People You Meet in Heaven, the world fell in love with Eddie, a grizzled war veteran- turned-amusement park mechanic who died saving the life of a young girl named Annie. Eddie’s journey to heaven taught him that every life matters. Now, in this magical sequel, Mitch Albom reveals Annie’s story. The accident that killed Eddie left an indelible mark on Annie. It took her left hand, which needed to be surgically reattached. Injured, scarred, and unable to remember why, Annie’s life is forever changed by a guilt-ravaged mother who whisks her away from the world she knew. Bullied by her peers and haunted by something she cannot recall, Annie struggles to find acceptance as she grows. When, as a young woman, she reconnects with Paulo, her childhood love, she believes she has finally found happiness. As the novel opens, Annie is marrying Paulo. But when her wedding night day ends in an unimaginable accident, Annie finds herself on her own heavenly journey – and an inevitable reunion with Eddie, one of the five people who will show her how her life mattered in ways she could not have fathomed. Poignant and beautiful, filled with unexpected twists, The Next Person You Meet in Heaven reminds us that not only does every life matter, but that every ending is also a beginning – we only need to open our eyes to see it.

I love all my books, every single dog eared one of them and I am 100% a go – to thriller girl at times, but every single one of these books carried me through the hardest time of my life – they hold my tears, heart ache and grief. They also taught me the morals that were engrained into the pages, including how to appreciate the life that we have, every one of or actions whether big or small has the possibility to affect someone else’s and what we leave behind after we are gone.

I may have to throw some added books into my kids bag if need be because I haven’t finished reading all of Mitch’s book but I know that i’ll love there concepts and underlying themes.

These are my end of the world books, if you’re a Mitch Albom fan maybe we could meet up there and start an apocalyptic book club under the stars!

If you enjoyed this first instalment of Books I’d Take To The End of the World make sure to tune in on the 30th for another instalment from a guest blogger!

5 thoughts on “#BlogSeries: Books I’d Take To The End of the World #BookBlogger #Books”