I’ve been a good little blogger this month, I’ve read and organised all my May blog tour reads, as well as catching up on proof reads AND even got to delve into my much loved but pushed aside bookshelf reads! I definitely feel like a winner right now. One of these glorious bookshelf reads was Do No Harm by L.V Hay, published by Orenda Books on the 20th of July last year. It’s a under – 300 pages read and left me flabbergasted, and i’m going to tell you why! 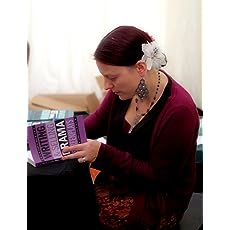 Lucy V. Hay is a novelist, script editor and blogger who helps writers via her Bang2write consultancy. She is the associate producer of Brit thrillers Deviation (2012) and Assassin (2015), both starring Danny Dyer. Lucy is also head reader for the London Screenwriters’ Festival and has written two non-fiction books, Writing & Selling Thriller Screenplays, plus its follow-up Drama Screenplays. She lives in Devon with her husband, three children, six cats and five African Land Snails.

Lucy’s debut crime thriller was The Other Twin that was also published by Orenda Books on the 3rd of May 2017. 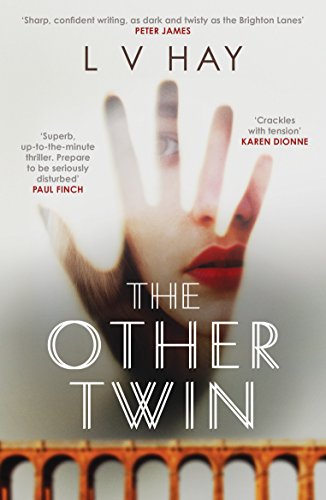 Till death do us part…
After leaving her marriage to jealous, possessive oncologist Maxwell, Lily and her six-year-old son have a second chance at happiness with headteacher Sebastian. Kind but vulnerable, Sebastian is the polar opposite of Maxwell, and the perfect match for Lily. After a whirlwind romance, they marry, and that’s when things start to go wrong…
Maxwell returns to the scene, determined to win back his family, and events soon spiral out of control. Lily and Sebastian find themselves not only fighting for their relationship, but also their lives…

You can buy your very own paperback copy here, or if e-books are more your style then swoop over to the Orenda Books e-store (here) to grab an electronic copy.

Well, it’s time, the time to tell you, the readers, why I loved this read and why you must 100% go and grab yourself a copy. By now, especially if you’re a hard-core OR soft-core #TeamOrenda member, you will know that you should NEVER start an Orenda read any where near your bedtime, it’s like an unspoken agreement with yourself and your brain. That being said, what do you think this little blogger / reader did? Yes, that’s right, I started Do No Harm about 9pm and read way past my bedtime (which these days is about 10:30!) verdict? It gets so many stars, there may be no more stars left! Be prepared for rambling!

If there’s a place I could buy new nerves, would you point me in the right direction? The reason being my old ones have been shot to smithereens. Do No Harm is a twisted psychological thriller that edges the sinister domestic darkness that we all love to gorge on. This particular read is one that will have you greedily gulping down chapter after chapter, as you mentally try to prepare yourself for what will ultimately blow your mind.

The storyline follows Lily and Sebastian who have just got married, after a whirlwind of a romance. After a lovely honeymoon they return home to begin their life as family with Lily’s son Denny. It’s not all happily ever after I’m afraid as issues start to arise with the ex husband Maxwell making his present felt. It’s what every woman wants, constant confrontations with previous and present husband… not. The unwelcomed love triangle creates for a taut atmosphere that continues to become increasingly claustrophobic throughout the read. This is much more than an ex partner wanting his family back, this is about a man who will stop at nothing until he gets his own way, quite like a child.

LV Hay has created a fantastically written crime thriller that is intense and gritty, that includes an interwoven web of suspicion. The uneasiness just gets under your skin and bubbles away at an intense pace that will definitely leave you with a book hangover! Do No Harm is like a psychological loop De loop that you just can’t (not that you’d want to) get off! You will start to doubt everything, as the puzzle pieces begin to fall into place. As I started making a speedy beeline for the ending, you’re left crumpled, in a mess of blankets and shock as you slam into the last page. Although, I did have to make myself put the book down in order to get my breathe back, and chill the f**k down because each chapter has its own delicious *gasp* moments. Do No Harm isn’t just you’re usual dark thriller, it’s pitch black power shortage dark and you have no torch!!

Overall thought: LV Hay has a warped creative mind in the best sense and I love it! Yes, you’ve guessed right, I will 100% be treating myself to The Other Twin, you should too!