I was approached by Kelsey Butts from Book Publicity Service to read and review “The Girls Are Gone” which tells the true story of two sisters who went missing on the 19th of April 2013 and the father who kept searching for them although other adults were conspiring to keep the truth hidden.

Some of you may know that I am a true crime addict, from books to podcasts to documentaries, I can’t get enough of them. While reading this book I could feel that it was laid out as a true crime series, seven part series to be exact; courted, fabricated, dissolved, gone, revealed, condemned and undeterred.

The Girls Are Gone was written between Michael Brodkorb, who worked as a journalist covering the search for the two sisters; Samantha and Gianna Rucki, in the Twin Cities media. He went on to start ‘Missing in Minnesota’ a website with continued coverage of the case. The co-author is Allison Mann was worked as a paralegal at the law firm that representing the father, David Rucki. Allison joined Michael at Missing in Minnesota in 2017. 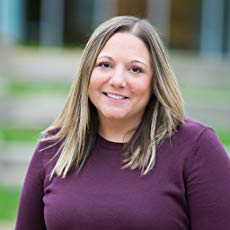 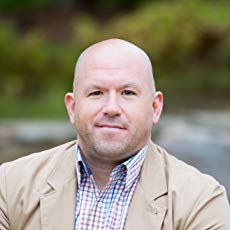 “Two of five children born to David Rucki and Sandra Grazzini-Rucki, the teenage sisters vanished in the midst of their parents divorce.

The girls father, David Rucki, worked tirelessly with law enforcement to search day and night for his two missing daughters, following every lead while raising three remaining children at home. Their mother, Sandra Grazzini-Rucki, used her newfound freedom to vacation around the world, abandoning her children. And as the investigation intensified, catching the attention of the media, Sandra also disappeared.”

We immediately delve into the marriage of David and Sandra  who have been together 27 years, at this point you’d think after being together for that period of time there’d be trust, love and just overall togetherness. Well, at the hands of his ‘loving’ wife, David and his children were torn away from one – another quite heart – wrenchingly due to the greedy wicked ways of Sandra. From that point, I was dragged down a rabbit hole following the court – room drama of the crazy wife and dotting father. I must admit this true – crime read had me gripped from the get go, although it was quite emotional leaning the overall facts and related information was there.

Throughout the chapters of The Girls Are Gone, evidence, such has court transcripts, social worker information have been used to create the foundation for which the true events could be built upon. The book begins from David’s point of view, we learn about the responsibilities and roles that he plays within his family, we learn about his children and we also learn that he is stressed quite a lot about money; how constant legal battles between his wife and her siblings could completely affect funds altogether. This is the first time I felt my head shake with disappointment at David’s naivety. There are a few times where you want to root for David because lets admit, he’s a great guy, he loves his family, but at points I just want to give him a nudge to stand up for himself against the manipulator that is his wife.

I was just dumbfounded at the court system in Minnesota during court proceedings, as well as all the agencies involved in the search for the girls. As a reader, I felt that it was obvious what was going on and I just wish for the sake of David and the Rucki children. I was saddened that all events and many of the people involved, including the mother completely let them down. I was completely and utterly gobsmacked. Things that stick in my mind were the children’s poor living conditions; no food, urine soaked sofas. It really saddened me!

I would have liked to read part of the story from other point of views, especially from Sandra the Rucki mother. Why did she do what she did? What was her upbringing like? How did she feel about the events that unravelled? All in all, The Girls Are Gone authors Michael and Allison have written it really well; making sure it is packed with the information that they were able to divulge to the reader. I read every single page with the anticipation of what happened next. The book unravelled at a great pace, it had my spidy senses tingling from the words ‘paper divorce’. This compelling read had me up way past my bed time.

I would most definitely recommend The Girls Are Gone to true crime junkies, as well as readers who find paralegal type reads really interesting. Great read!