The term ‘celebrity’ refers to a famous person, especially in entertainment or sport. Where some people may have posters and posters of actors, bands and musicians on their bedroom walls. (Do adults do that?) For book bloggers our version of celebrities are authors who create escapes for readers to various places, maybe as a witness side-lining a crime scene, watching the investigation of a murder case unfold or being transported in time as a 117 year old man tells us about his life and the loves he’s experienced. As well as the publicists, editors and communication directors who help writers to create these literary escapes as well as promoting them.

I had the amazing opportunity to attend the New Voices 2019 event last night in Bath to celebrate the production and release of six fantastic debut novels. I want to say thank-you to the Headline team; Georgina Moore, Becky Hunter, Jenny Harlow, Jennifer Leech, Phoebe Swinburn and Caitlin Raynor, who all made us; a very nervous group of book bloggers feel so at ease and welcome. I feel so privileged to have met you all.

Emily Gunnis is the author of ‘The Girl in the Letter’ which is currently an e-book but will be available to buy in paperback on the 4th of April 2019. Emily was the first author to come over and talk to us, never have I met such a kind and genuine individual. She immediately put me at ease, and believe it or not she was nervous as well! We spoke for a while about how much she loves her book and how she can’t wait to share it with the world. Her book is available to pre-order now (here), and just look at this beautiful cover!

“A heart-breaking letter. A girl locked away. A mystery to be solved.
1956. When Ivy Jenkins falls pregnant she is sent in disgrace to St Margaret’s, a dark, brooding house for unmarried mothers. Her baby is adopted against her will. Ivy will never leave.
Present day. Samantha Harper is a journalist desperate for a break. When she stumbles on a letter from the past, the contents shock and move her. The letter is from a young mother, begging to be rescued from St Margaret’s. Before it is too late.

Sam is pulled into the tragic story and discovers a spate of unexplained deaths surrounding the woman and her child. With St Margaret’s set for demolition, Sam has only hours to piece together a sixty-year-old mystery before the truth, which lies disturbingly close to home, is lost for ever…”

Richard Lumsden is the author of ‘The Six Loves of Billy Binns’ which was published yesterday in hardback *round of applause* congratulations! Richard has spent 25 years gestating over Billy Binns, with years of in-depth research and a kick up the bum to finish this touching novel. Richard was very charming and down to earth, talking us through his writing process’ and the changes he’s made to focus on his literary passion. He also gave us the tiniest insight into his next book *spoiler* it sounds brilliant! Click here to purchase! 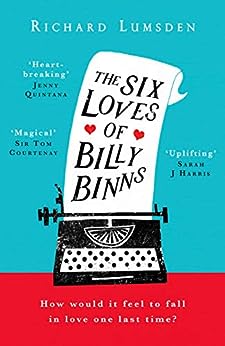 “I remember my dreams but not where they start.
Further back, I recall some of yesterday and the day before that. Then everything goes into a haze.
Fragments of memories come looming back like red London buses in a pea-souper.
Time plays funny tricks these days.
I wait for the next memory. I wait and I wait.
At 117 years old, Billy Binns is the oldest man in Europe and he knows his time is almost up. But Billy has a final wish: he wants to remember what love feels like one last time. As he looks back at the relationships that have shaped his flawed life – and the events that shaped the century – he recalls a life full of hope, mistakes, heartbreak and, above all, love.”

The next author that I had the amazing privilege to meet was Rhik Samadder. He is hilarious and lovely! Unfortunately, he didn’t have a physical proof for me to steal but we were provided with a press release type sheet  (I’m really sorry to point that out again Rhik!) about his debut book ‘I Never Said I Loved You’ which is a memoir that centres around a very personal honest account of mental health, with sprinklings of humour thrown in. I can’t find any blurbs / book image online so for now I won’t share but YOU NEED IT. Out in August, it should be one of your pre-orders.

Not many bloggers can say that they did tequila shots with ‘Blood Orange’ author, Harriet Tyce. This lady is a legend! Again, like Emily, Harriet is such a lovely and genuine person, who is so happy to interact with anyone and everyone without a blink of the eye. Blood Orange has been on my bookish radar for a while and I happy to admit that the cover is as beautiful as I thought it would be in person! Available in various formats, including e-book and hardback on the 21st February 2019. Click here to pre-order!

“Alison has it all. A doting husband, adorable daughter, and a career on the rise – she’s just been given her first murder case to defend. But all is never as it seems…
Just one more night. Then I’ll end it.
Alison drinks too much. She’s neglecting her family. And she’s having an affair with a colleague whose taste for pushing boundaries may be more than she can handle.
I did it. I killed him. I should be locked up.
Alison’s client doesn’t deny that she stabbed her husband – she wants to plead guilty. And yet something about her story is deeply amiss. Saving this woman may be the first step to Alison saving herself.
I’m watching you. I know what you’re doing.
But someone knows Alison’s secrets. Someone who wants to make her pay for what she’s done, and who won’t stop until she’s lost everything….”

I sadly didn’t get an opportunity to meet Dominic Nolan the author of ‘Past Life’ and Sarah Davis – Goff author of ‘Last Ones Left Alive’, which sucks but there was so much interacting going on as well as socialising with publicists etc it was no – ones fault. I did see them sign proofs of there books and were always happy to talk!

Firstly let’s talk about Past Life, It will be available for your purchasing pleasure in e-book, audible and / or hardback format on the7th of March 2019, click here to pre – order!

“Waking up beside the dead girl, she couldn’t remember anything.
Who she was. Who had taken her. How to escape.
Detective Abigail Boone has been missing for four days when she is finally found, confused and broken. Suffering retrograde amnesia, she is a stranger to her despairing husband and bewildered son.
Hopelessly lost in her own life, with no leads on her abduction, Boone’s only instinct is to revisit the case she was investigating when she vanished: the baffling disappearance of a young woman, Sarah Still.
Defying her family and the police, Boone obsessively follows a deadly trail to the darkest edges of human cruelty. But even if she finds Sarah, will Boone ever be the same again?”

‘Last Ones Left Alive’ is written by Sarah Davis – Goff and is available to pre-order now before its March 7th release in audio, e-book and hardback format. Take a look here! 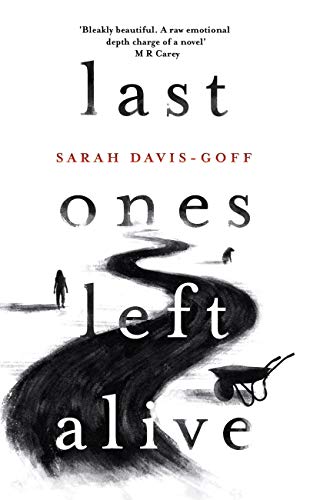 “Raised by her mother and Maeve on Slanbeg, an island off the west coast of Ireland, Orpen has a childhood of love and stories by the fireside. But the stories grow darker, and the training begins. Ireland has been devoured by a ravening menace known as the skrake, and though Slanbeg is safe for now, the women must always be ready to run, or to fight.
When Maeve is bitten, Orpen is faced with a dilemma: kill Maeve before her transformation is complete, or try to get help. So Orpen sets off, with Maeve in a wheelbarrow and her dog at her side, in the hope of finding other survivors, and a cure. It is a journey that will test Orpen to her limits, on which she will learn who she really is, who she really loves, and how to imagine a future in a world that ended before she was born.”

Don’t all these books sound wonderful! I am so excited to read, review and rave about the beautiful proofs gifted to myself at this event! Thank-you again to all the authors and Headline team for one of the best evenings ever, also well done for putting on a lovely evening with so much positive and enthusiastic energy even after traveling for three days across the country! Bring on #Newvoices2020, for now I am going to rest my sore head before getting back on the reading!